Tinnitus is a phantom ringing, roaring, hissing, whistling, buzzing, humming or other sound in the ear that has no external sound source. You may hear it in noisy environments like near construction sites or in quiet environments like the Wilmington Public Library during their Voices of Power events. If you experience occasional bouts of tinnitus in one ear, you may be experiencing what is called sudden, brief, unilateral, tapering tinnitus (SBUTT). We review more about this condition below.

What the Research Shows 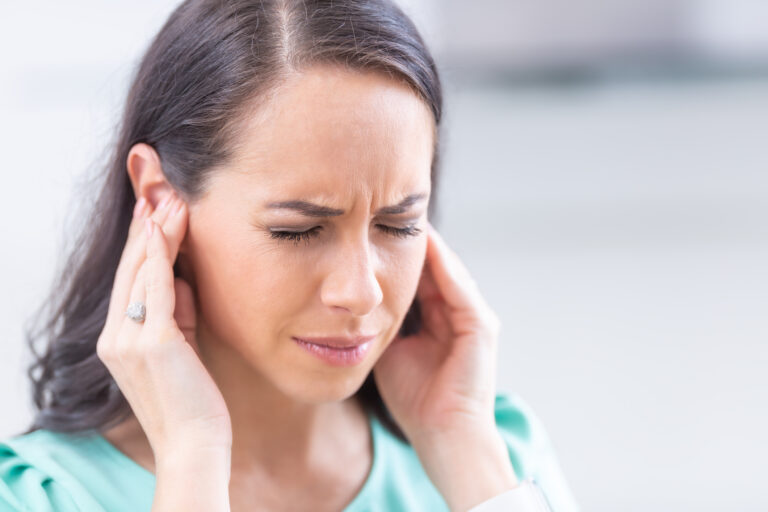 Here we review a study on SBUTT that was published in the journal Otology & Neurotology. The participating researchers were from the Department of Otolaryngology–Head and Neck Surgery in The Edith Wolfson Medical Center at Tel Aviv University Sackler School of Medicine in Holon, Israel; Dalla Lana School of Public Health at the University of Toronto in Toronto, Canada; and Eaton Peabody Laboratory at the Massachusetts Eye and Ear Infirmary in Massachusetts, U.S.A.

The study consisted of two parts, referred to as Study I and Study II.

For Study I, researchers determined the effect of brief but intense jaw, neck and extremity muscle contraction on auditory experience. The participants sat in a room playing low, ambient noise and were asked “Do you ever have a brief ringing in one ear, lasting a minute or less?”

For Study II, researchers focused on participants who had experienced SBUTT previously. The participants were asked to keep a log of their symptoms over four months.

The two parts of this study reveal that most of those who have chronic tinnitus have more instances of SBUTT, which indicates a high rate of SBUTT may be a risk factor for chronic tinnitus.

To learn more about this condition or to schedule an appointment with a hearing expert, call Wilmington Audiology Services today.